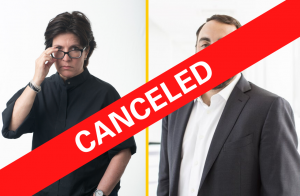 “What Does Big Tech Owes Us?”

THIS EVENT HAS BEEN CANCELED

Google, Amazon, Facebook, Apple. A handful of tech companies have changed the way we live and built unprecedented industrial bases in the process. Their reach extends far beyond our pocketbooks into privacy, individual liberties, and the fabric of our democracy.

In August 2018, Facebook’s chief security officer Alex Stamos announced he would leave the company following reports of disagreements with other executives over how to address the Russian government’s use of Facebook to interfere with the 2016 U.S. presidential election. Since his departure he’s advocated for the breakup of the tech giant and co-authored the white paper “Securing American Elections: Prescriptions for Enhancing the Integrity and Independence of the 2020 U.S. Presidential Elections and Beyond.”

Do we really understand what we are giving away in exchange for speed and convenience? Do the tech giants understand, or care about, their responsibility in this digital age that they created?

Alex Stamos is the former chief security officer at Facebook and is now director of the Stanford Cyber Policy Center’s Internet Observatory at Stanford University.

Kara Swisher is the co-founder and executive editor of Recode and host of the weekly interview podcast “Recode Decode.” She is also the co-executive editor of Code Conferences, which feature prominent speakers from the digital industry. She is a regular contributor to The New York Times opinion pages and a Livingston Awards national judge.

This event is co-sponsored by Computer Science and Engineering, the Center for Social Media Responsibility, ITS and Dissonance at the University of Michigan and Duo Security.