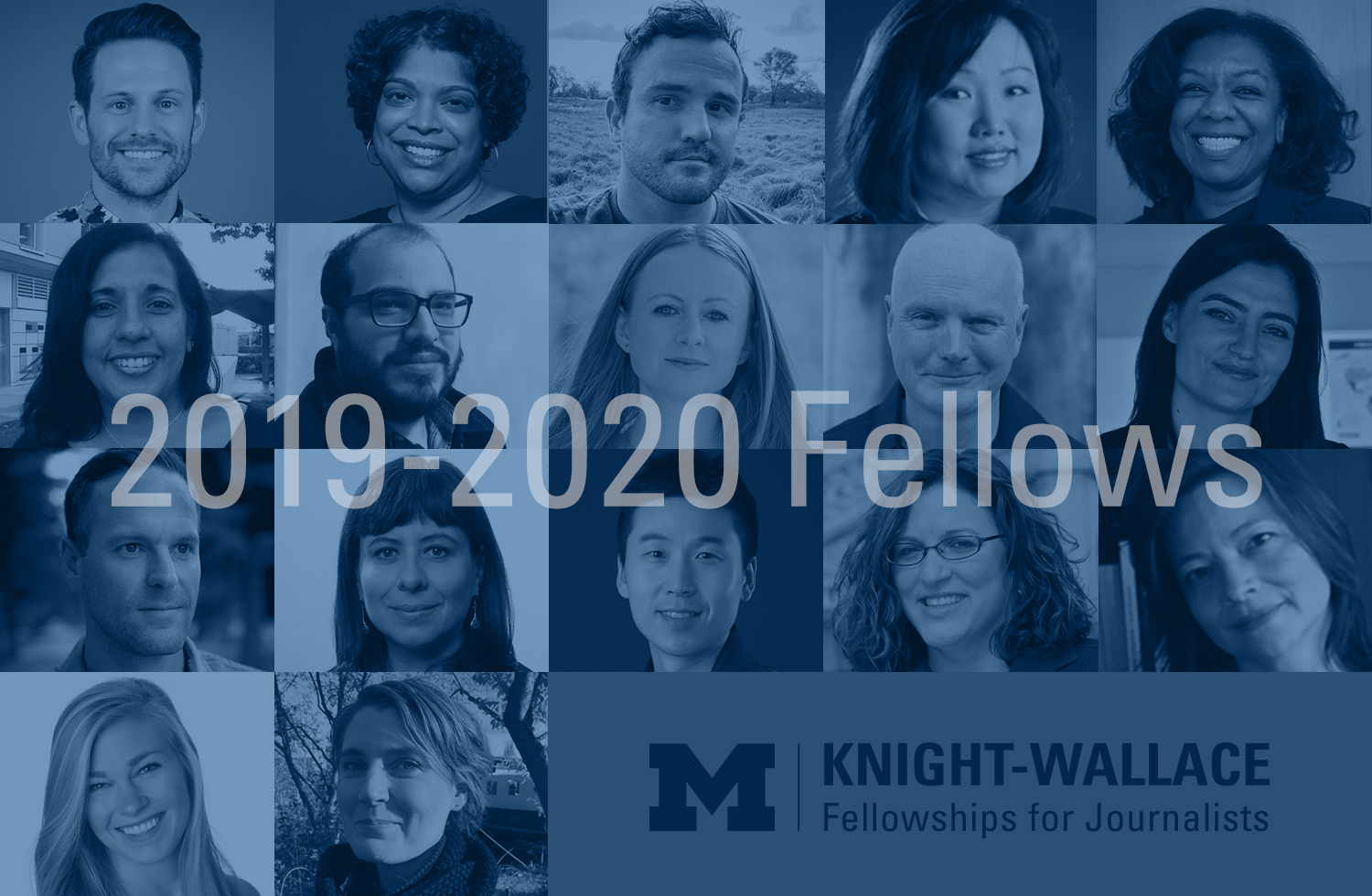 The University of Michigan has named 17 journalists as Knight-Wallace Journalism Fellows for the 2019-20 academic year. The accomplished group includes journalists from countries facing extreme political upheaval, cities facing transformational change and organizations confronting shifting public attitudes toward news consumption and the value of the press.

“At a time when the safety and freedom of the press are under threat and newsroom resources are continuing to shrink, it is especially important to provide journalists the space and support to pursue solutions, ” said Wallace House Director Lynette Clemetson. “Whether sharing techniques and tools across borders, experimenting with new storytelling forms or deepening important coverage areas and building public trust, these journalists all share a commitment to forging the path forward. It is a privilege to provide them with this unique opportunity.”

Knight-Wallace Fellows spend an academic year at the University of Michigan in Ann Arbor to pursue individual study plans and to engage in collaborative learning through fellowship seminars, training workshops and travel. Through twice-weekly seminars, Fellows engage with visiting journalists, eminent scholars and creative thinkers from a range of fields. Weeklong international news tours provide broader context to political, economic and social forces shaping their fields of study, and to trends and challenges facing journalism in other countries. In recent years, Fellowship classes visited South Korea, Brazil, Canada, Turkey, Argentina and Russia.

This is the 46th class of journalism fellows at the University of Michigan. The program is based at Wallace House, a gift from the late newsman Mike Wallace and his wife, Mary. Knight-Wallace Fellows receive a stipend of $75,000 for the eight-month academic year. The program is funded through endowment gifts by foundations, news organizations and individuals committed to journalism’s role in fostering an informed and engaged public.

Patrick Symmes, Contributing Editor, Harper’s Magazine,  Outside and others. A comparative study of authoritarianism and its influence on the press

Elliott Woods, Writer and Photographer, Texas Monthly, The Guardian and others. Covering ongoing wars in an age of media contraction and declining military service rates

Read more on the Class of 2020 Knight-Wallace Journalism Fellows

About Wallace House
Committed to fostering excellence in journalism, Wallace House at the University of Michigan is home to the Knight-Wallace Fellowships, the Livingston Awards and the Wallace House Presents event series, programs that recognize exceptional journalists for their work, leadership and potential.
Wallacehouse.umich.edu