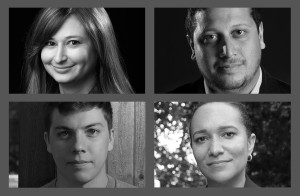 Event is free. Reception with speakers following the discussion.

The Livingston Lectures present journalists Lisa Gartner, Michael LaForgia, and Nathaniel Lash and education policy expert Tabbye Chavous for a panel discussion on “Failure Factories,”  the Tampa Bay Times investigative series about what happened after the Pinellas County School Board voted in 2007 to abandon racial integration in favor of a neighborhood school system, the policy changes prompted by the reports and the current shape of racial segregation in schools across the county.

In 2007 the Pinellas County School Board abandoned integration, promising schools in poor, black neighborhoods more money, staff and resources. None of those were delivered. In 2015 Tampa Bay Times’ reporters Lisa Gartner, Michael LaForgia and Nathaniel Lash analyzed data from seven years of school disciplinary records and found a precipitous decline in student performance as well as alarming rates of violence in five elementary schools following the 2007 decision. Their investigative series received attention from the U.S. education Secretary and led to several reforms

Lisa Gartner is a writer on the enterprise team at the Tampa Bay Times. In 2016, she and Times reporters Cara Fitzpatrick and Michael LaForgia won the Pulitzer Prize for Local Reporting for “Failure Factories.” The series also won the Livingston Award, the Polk Award for Education Reporting, the Worth Bingham Prize for Investigative Journalism and the Investigative Reporters and Editors Medal, among other honors. Gartner joined the Times in 2013. She grew up in Wellington, FL, and attended Northwestern University’s Medill School of Journalism. After graduating in 2010, she joined The Washington Examiner to report on education in the D.C. metro area. At the Times, Gartner covered Pinellas County Schools and higher education.

Michael LaForgia is investigations editor at the Tampa Bay Times. He has twice won the Pulitzer Prize for Local Reporting – in 2014 for exposing problems in a Hillsborough County homeless program and in 2016 for the “Failure Factories” series, for which he also won a Livingston Award. He joined the Times in 2012.

Nathaniel Lash joined the Tampa Bay Times in 2015 as an intern and became a data reporter. He was a fellow at The Center for Investigative Reporting, an intern at Newsday and a news applications developer at The Wall Street Journal. A Livingston Award winner, Lash graduated from the University of Urbana-Champaign with a degree in news-editorial journalism.

Tabbye M. Chavous is the director of the National Center for Institutional Diversity (NCID) and a Professor of Education and Professor of Psychology at the University of Michigan. Her expertise and research activities include social identity development among black adolescents and young adults; and diversity and multicultural climates in secondary and higher education settings and implications for students’ academic, social, and psychological adjustment.

This is co-sponsored by the Gerald R. Ford School of Public Policy, the Education Policy Initiative and the School of Education.