Three Livingston Award recipients reflect on the effect their winning work has had on policy and people’s lives. 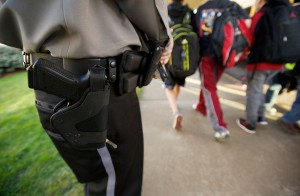 When we first began reporting on the armed security guard industry, we hoped the investigation would be eye-opening.

As a nation, we have become increasingly reliant on armed guards. They are often a go-to solution after mass shootings, robberies and street violence. But few people are aware of the poor regulation and oversight of guards with guns – a patchwork system of state laws that require little training and vetting, and too often leave guns in the hands of guards ill-equipped to use them.

The “Hired Guns” project not only opened eyes, it prompted change. In September, Governor Jerry Brown of California signed reforms into law. The new regulations make California’s oversight of the security guard industry one of the strongest in the country.

Among a raft of changes, the law requires armed security guards to pass a mental-health evaluation, a standard for police officers across the country. It also calls for state regulators to take action against an armed guard if he or she is discovered to be mentally unstable, violent or a threat to public safety. Previously, regulators rarely investigated security guard shootings, choosing instead to act only after a criminal conviction. The new regulations also require inspections of firearm training facilities, a move that could eradicate fraudulent programs that allow guards to purchase certificates without actually learning how to use their guns.

We are proud to have received a Livingston Award for this project. The only thing more rewarding is knowing that the stories had an effect on public policy, and will hopefully improve public safety for years to come.

Shoshana Walter and Ryan Gabrielson won the Livingston Award in the national reporting category for the Center for Investigative Reporting series, “Hired Guns,” an investigation of the haphazard system of lax regulation, weak screening standards and little to no training for armed security guards. Walter and Gabrielson compiled data on every state and uncovered cases where violent felons, mentally ill individuals, and former police officers with civil rights violations were able to obtain jobs as armed security guards. 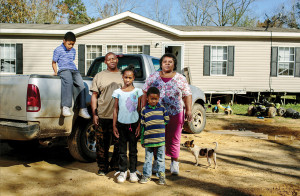 After we published our initial Clayton Homes stories in the spring of 2015, lawmakers in Congress cited our work during debate over a plan that would weaken consumer protection laws. The New York Times referred to our investigation in two editorials, using the findings to argue that the protections for mobile-home buyers should remain in place. So far, they have. And the first question Warren Buffett faced at his annual gathering of Berkshire Hathaway shareholders was about our Clayton findings.

After our later coverage exposed how Clayton preys on minority customers, members of Congress called for the Justice Department and the Consumer Financial Protection Bureau (CFPB) to investigate. U.S. Representative Maxine Waters said she was “appalled” by the “sleazy and deceptive practices” identified by the article. The CFPB said in February it was “evaluating actions” to take in response. The Justice Department is also reviewing the matter. Lawmakers have since asked the Equal Employment Opportunity Commission to examine how Clayton treats its employees and customers.

Mike Baker of The Seattle Times,and Daniel Wagner of The Center for Public Integrity and BuzzFeed News, won the Livingston Award in the national reporting category for “The Mobile-Home Trap,” an investigation into the predatory practices of Warren Buffett’s mobile-home empire. The series revealed how Clayton Homes, a part of the Berkshire-Hathaway conglomerate, and its lending subsidiaries target minority homebuyers and lock them into ruinous high-interest loans. 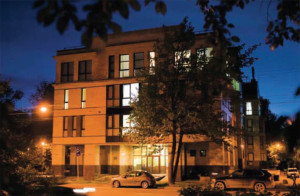 The Internet Research Agency’s (IRA) English-language activities appeared to halt immediately after my feature was published. The write-up also forced the Kremlin to publicly address the agency for the first time. At a press conference in June, a spokesperson for Russian President Vladimir Putin denied any knowledge of, or involvement with, the agency. Since then, Lyudmila Savchuk, one of the subjects of my story, sued IRA for labor violations and was awarded one ruble in damages. It was a symbolic judgement, but a small victory for Savchuk, as it proved the agency’s existence and her employment there.

Adrian Chen won the Livingston Award in the international reporting category for his New York Times Magazine feature, “The Agency,” a story about the Internet Research Agency, a social media trolling organization located in St. Petersburg, Russia that was responsible for spreading pro-Kremlin propaganda and manufacturing false stories of environmental disasters in the U.S.