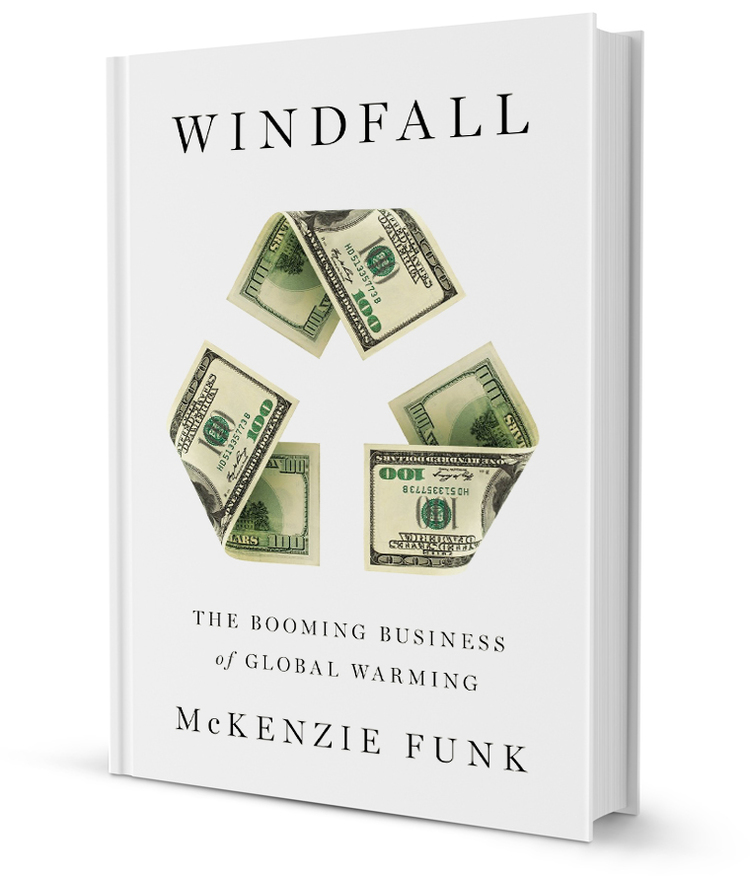 A fascinating investigation into how people around the globe are cashing in on a warming world: McKenzie Funk has spent the last six years reporting around the world on how we are preparing for a warmer planet. Funk shows us that the best way to understand the catastrophe of global warming is to see it through the eyes of those who see it most clearly – as a market opportunity.

Global warming’s physical impacts can be separated into three broad categories: melt, drought, and deluge. Funk travels to two dozen countries to profile entrepreneurial people who see in each of these forces a potential windfall. The melt is a boon for newly arable, mineral-rich regions of the Arctic, such as Greenland – and for the surprising kings of the manmade snow trade, the Israelis. The process of desalination, vital to Israel’s survival, can produce a snow like by-product that alpine countries use to prolong their ski season.

The deluge – the rising seas, surging rivers, and super storms that will threaten island nations and coastal cities – has been our most distant concern, but after Hurricane Sandy and failure after failure to cut global carbon emissions, it is not so distant. For Dutch architects designing floating cities and American scientists patenting hurricane defenses, the race is on. For low-lying countries like Bangladesh, the coming deluge presents an existential threat.

Funk visits the front lines of the melt, the drought, and the deluge to make a human accounting of the booming business of global warming. By letting climate change continue unchecked, we are choosing to adapt to a warming world. Containing the resulting surge will be big business; some will benefit, but much of the planet will suffer. McKenzie Funk has investigated both sides, and what he has found will shock us all. To understand how the world is preparing to warm, Windfall follows the money.