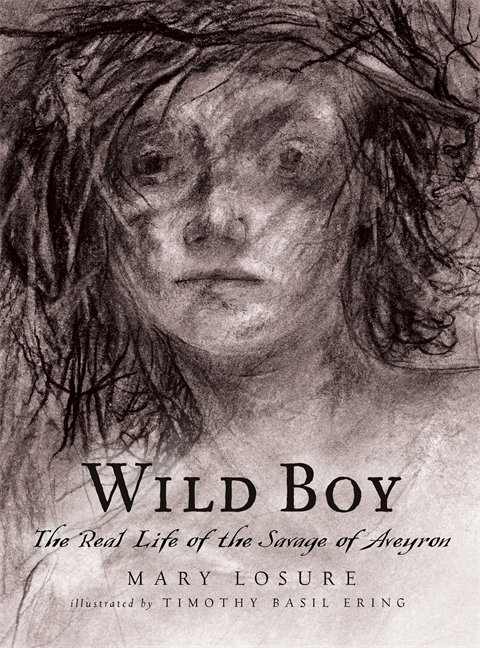 What happens when society finds a wild boy alone in the woods and tries to civilize him? One day in 1798, woodsmen in southern France returned from the forest having captured a naked boy. He had been running wild, digging for food, and was covered with scars. In the village square, people gathered around, gaping and jabbering in words the boy didn’t understand. And so began the curious public life of the boy known as the Savage of Aveyron, whose journey took him all the way to Paris. Though the wild boy’s world was forever changed, some things stayed the same: sometimes, when the mountain winds blew, “he looked up at the sky, made sounds deep in his throat, and gave great bursts of laughter.” In a moving work of narrative nonfiction that reads like a novel, Mary Losure invests another compelling story from history with vivid and arresting new life.”