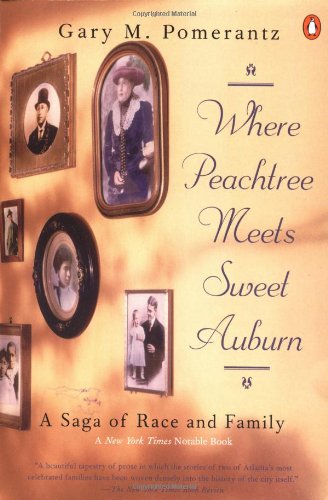 The Intersection of Peachtree Street, historically the residential and commercial street of Atlanta’s white elite, and Sweet Auburn Avenue, the spiritual main street of Atlanta’s community, mirrors the often separate but mutually dependent worlds of whites and blacks in this Southern city. Gary M. Pomerantz traces five generations of two families – the Allens, descended from slave owners, and the Dobbses, from slaves. These families produced the two most influential mayors of the modern South, Ivan Allen Jr., and Maynard Jackson Jr. Through hundreds of interviews and five years of painstaking research, Pomerantz shows how the families rose to social, economic, and political prominence. But he also demonstrates how their interesting lives paralleled the shifting relations between Atlanta’s blacks and whites as the city grew to become the capital of the New South. It is a representative story of the transformation of a city and the entire south. Named a 1996 Notable Book of the Year by The New York Times Sunday Book Review.