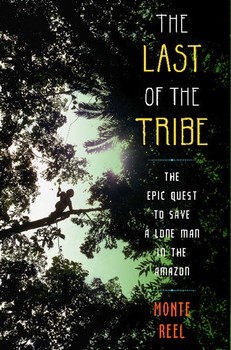 Throughout the centuries, the Amazon has yielded many of its secrets, but it still holds a few great mysteries. In 1996 experts got their first glimpse of one: a lone Indian, a tribe of one, hidden in the forests of southwestern Brazil. Previously un-contacted tribes are extremely rare, but a one-man tribe was unprecedented. And like all of the isolated tribes in the Amazonian frontier, he was in danger. The discovery of the Indian prevented local ranchers from seizing his land, and led a small group of men who believed that he was the last of a murdered tribe to dedicate themselves to protecting him. These men worked for the government, overseeing indigenous interests in an odd job that was part Indiana Jones, part social worker, and were among the most experienced adventurers in the Amazon.