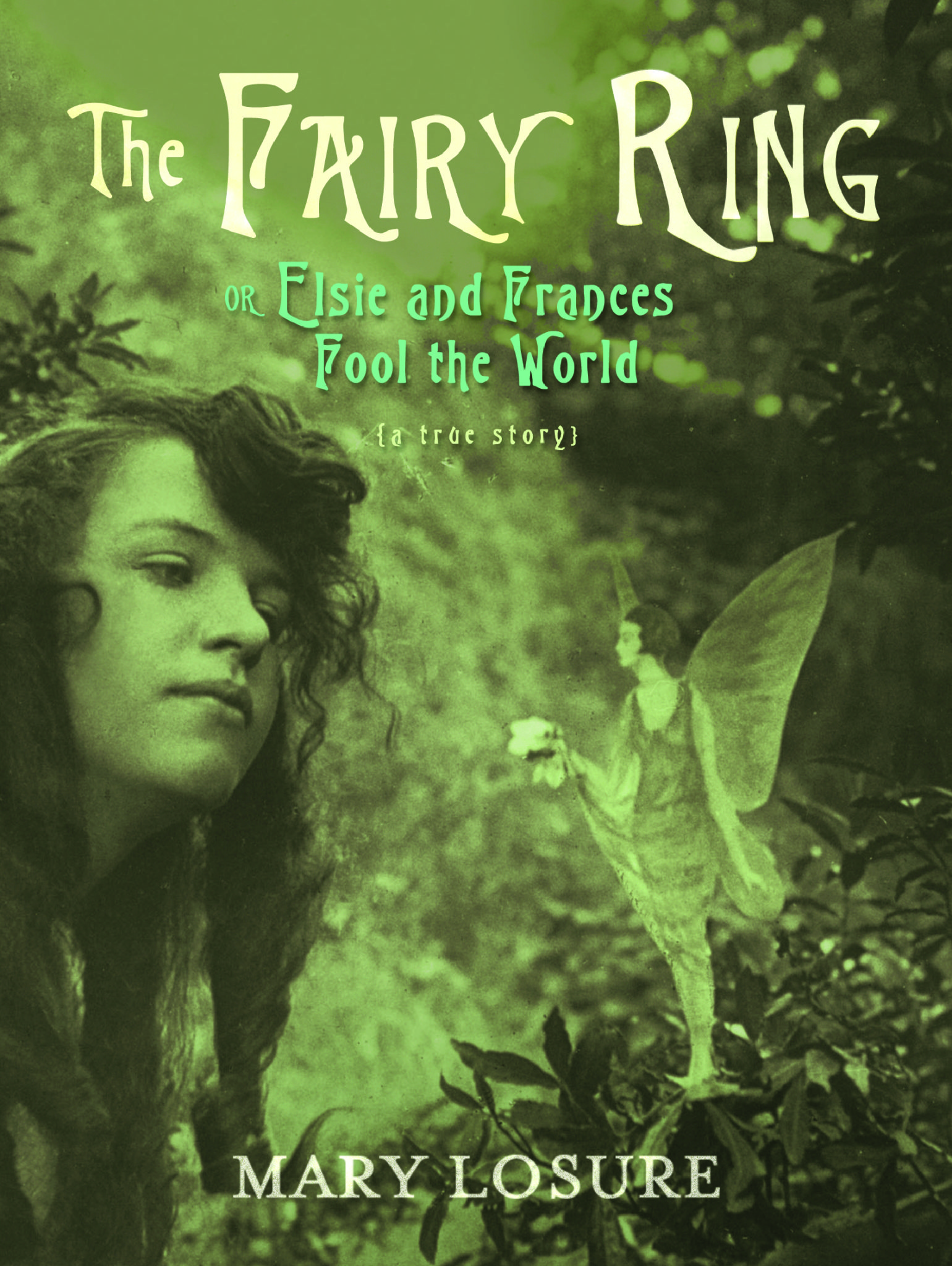 “The Fairy Ring, or Elsie and Frances Fool the World” is the true story of the girls behind what are known as the Cottingley Fairy Photographs. The photos have been called one of the world’s great hoaxes, but it wasn’t at all that simple! And certainly not to Frances who truly believed in the fairies she saw by the waterfall behind her house, and her cousin Elsie (on book cover) who painted fairies, cut them out, and stuck them to branches with a hatpin. They never meant to fool the world. They only took the pictures so the grownups would stop teasing. How were they supposed to know their “fairy” photographs would one day fall into the hands of Sir Arthur Conan Doyle? And who would have dreamed that the man who created Sherlock Holmes, the world’s most famous detective, also believed (most ardently) in fairies?