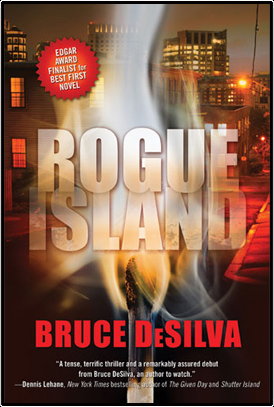 Bruce DeSilva was awarded the Edgar Award for best first novel 2011, for his book, “Rogue Island.” The book also won the Macarity Award for best debut crime novel, was shortlisted for the Anthony and Barry award and listed as one of the 10 most notable first novels of the year by Publishers Weekly. DeSilva tells the story of a working class neighborhood that is systematically burning to the ground. Liam Mulligan, an old-school reporter at a dying newspaper, thinks the Providence, R.I., police are looking in all the wrong places and people he knows and loves are vanishing in the flames. As the neighborhood burns, Mulligan must find the hand that strikes the match. The novel, published by Forge, is at once an authentic evocation of life in a 21st-century American city and a lyrical tribute to the dying newspaper business. This book has been followed by sequels, “Cliff Walk,” published in 2012, “Providence Rag,” published in 2014 and a fourth, “A Scourge of Vipers.”