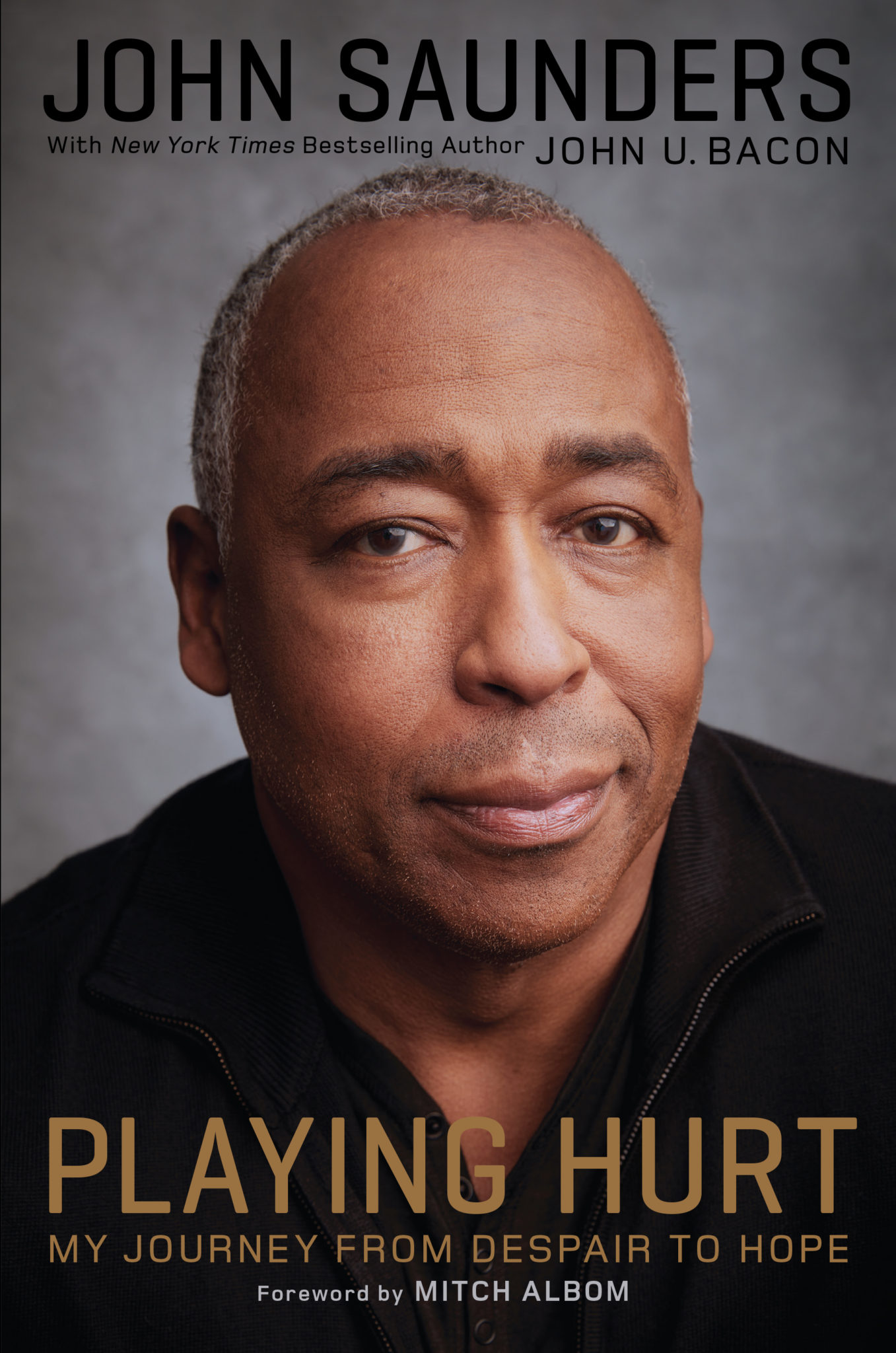 During his three decades on ESPN and ABC, John Saunders became one of the nation’s most respected and beloved sportscasters. In this memoir, written with John U. Bacon, Saunders discusses his troubled childhood, the traumatic brain injury he suffered in 2011, and the severe depression that nearly cost him his life. As Saunders writes,

Playing Hurt is not an autobiography of a sports celebrity but a memoir of a man facing his own mental illness, and emerging better off for the effort. I will take you into the heart of my struggle with depression, including insights into some of its causes, its consequences, and its treatments.

I invite you behind the facade of my apparently “perfect” life as a sportscaster, with a wonderful wife and two healthy, happy adult daughters. I have a lot to be thankful for, and I am truly grateful. But none of these things can protect me or anyone else from the disease of depression and its potentially lethal effects.

Mine is a rare story: that of a black man in the sports industry openly grappling with depression. I will share the good, the bad, and the ugly, including the lengths I’ve gone to to conceal my private life from the public.

So why write a book? Because I want to end the pain and heartache that comes from leading a double life. I also want to reach out to the millions of people, especially men, who think they’re alone and can’t ask for help.

John Saunders died suddenly on August 10, 2016, from an enlarged heart, diabetes, and other complications. This book is his ultimate act of generosity to help those who suffer from mental illness, and those who love them.