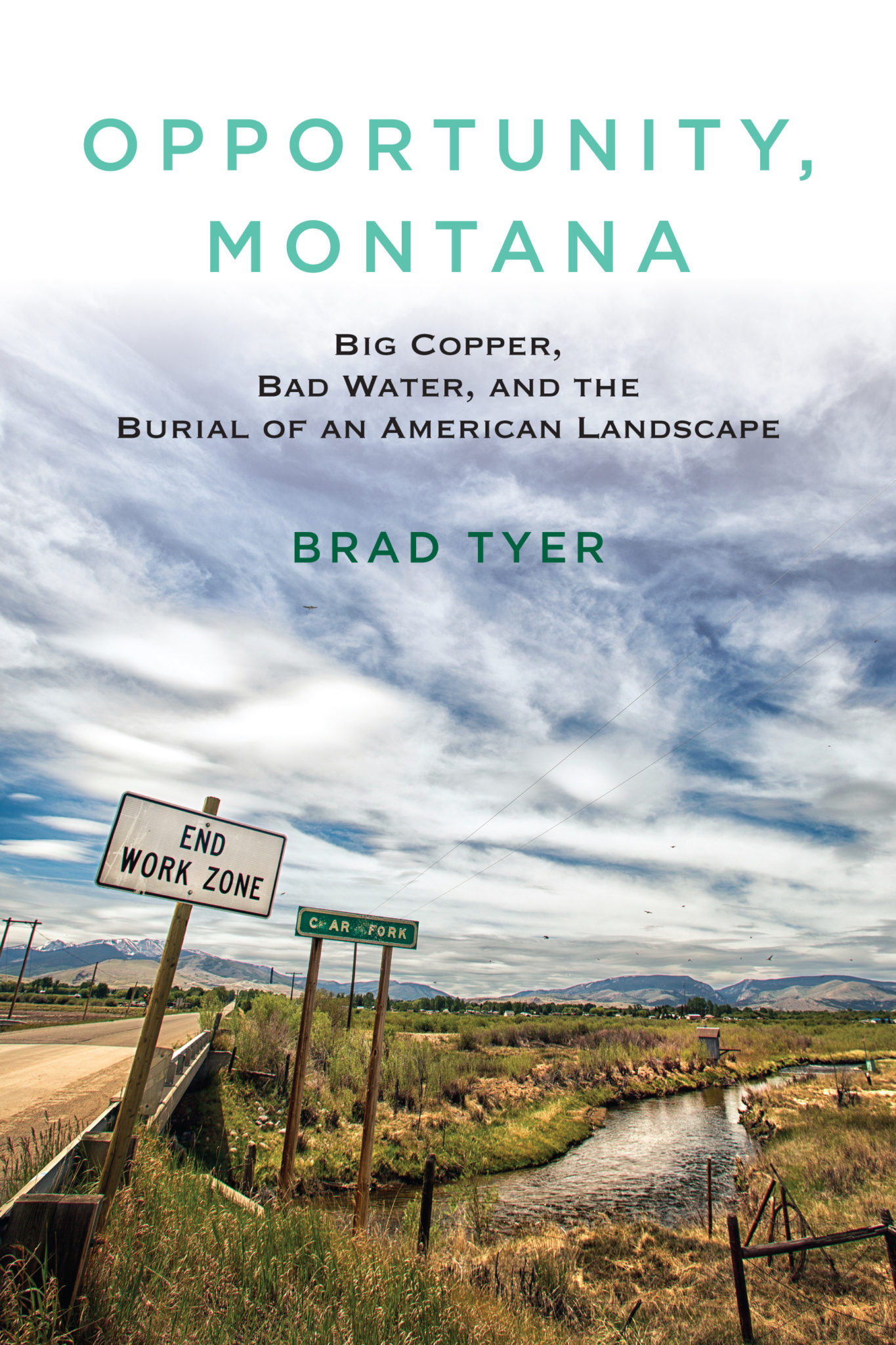 In 2002, Texas journalist Brad Tyer strapped a canoe on his truck and moved to Montana, a state that has long exerted a mythic pull on America’s imagination as an unspoiled landscape. The son of an engineer who reclaimed wastewater, Tyer was looking for a pristine river to call his own. What he found instead was a century’s worth of industrial poison clotting the Clark Fork River, a decades-long engineering project to clean it up, and a forgotten town named Opportunity. At the turn of the nineteenth century, Montana exploited the richest copper deposits in the world, fueling the electric growth of twentieth-century America and building some of the nation’s most outlandish fortunes. The toxic by-product of those fortunes — what didn’t spill into the river — was dumped in Opportunity.