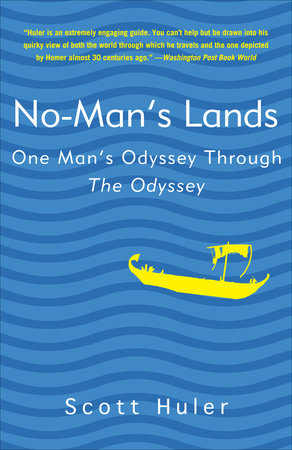 In 2001, NPR contributor Scott Huler ’03 read an essay on the radio show “All Things Considered” in which he made a simple claim: that he would forever give up trying to read James Joyce’s “Ulysses.” Little did he know that his public claim not only would land him exactly where he had promised never to be – in a reading group slogging through Joyce’s impenetrable modern masterpiece – but would launch an obsession with the book’s inspiration: the ancient Greek epic “The Odyssey,” and with the lonely homebound journey of its Everyman hero, Odysseus. At the time of “The Odyssey,” its hero is in his mid-forties; so was Huler. Negotiating the complex shoals of midlife, Huler turned to “The Odyssey” and found much more than he had expected: in its well-known adventures with monsters and goddesses, “The Odyssey” became something of a guidebook for a person facing the challenges we all face in adulthood. Before long Huler wanted to do more than just read his hero. Odysseus made a long journey, and for millennia people have speculated on the Mediterranean sites where those adventures occurred. Seeking such heroic adventure, Huler stuffed a backpack with clothes, guidebooks, and “The Odyssey.” And he headed for the wine-dark sea.