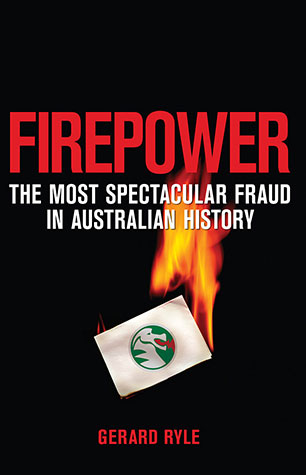 Gerald Ryle exposes the greatest fraud ever committed in Australia in his book “Firepower.”  Tim Johnston’s company, Firepower, promised a magic pill that cut fuel consumption and reduced emissions. Everyone believed him, including prime ministers and presidents, doctors and diplomats, business leaders and sporting heroes, until Ryle wrote an article for The Sydney Morning Herald raising questions about the validity of this mysterious company that had become the biggest sporting sponsor in Australia. Ryle’s story had tentacles that spread around the world from the Australian government to the KGB, from diplomats to arms dealers.  In “Firepower,” Ryle demolishes the myth, exposing a wobbly financial pyramid and Australia’s greatest fraud.