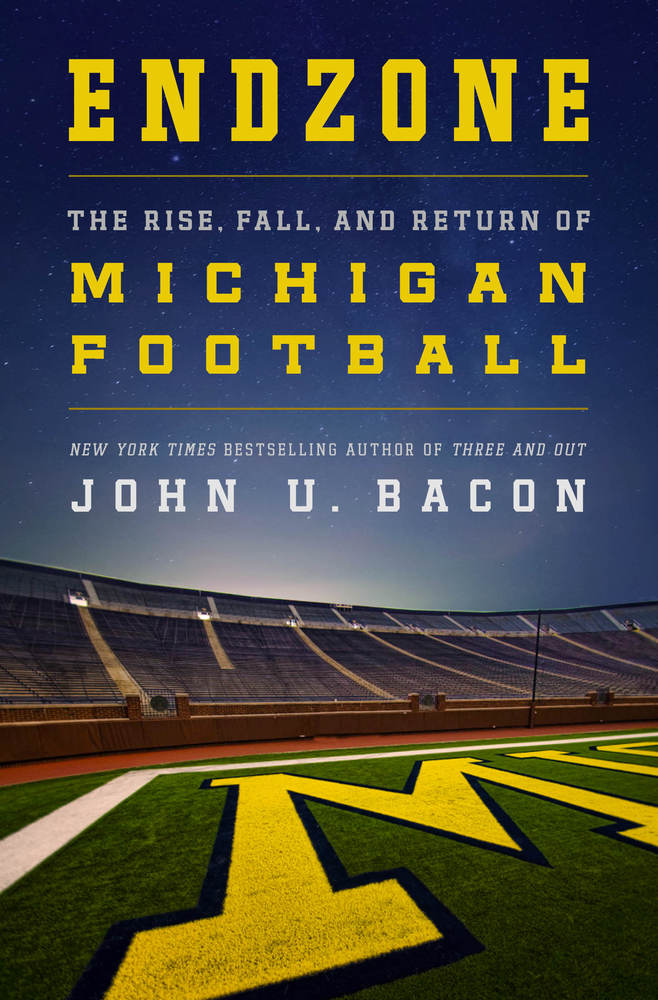 “Endzone” tells the story of how college football’s most successful, richest and respected program almost lost all three in less than a decade – and entirely of its own doing. It is a story of hubris, greed, and betrayal – a tale more suited to Wall Street than the world’s top public university. Author John U. Bacon takes you inside the offices, the board rooms and the locker rooms of the University of Michigan to see what happened, and why. It is also an inspiring story of redemption and revival. When those who loved Michigan football the most recognized it was being attacked from within, they rallied to reclaim the values that made it great for over a century – values that went deeper than dollars. The list of heroes includes players, students, lettermen, fans and faculty – and the leaders who had the courage to listen to them. Their unprecedented uprising produced a new athletic director, and a new coach – the hottest in the land – who vindicated the fans’ faith when he turned down more money and fame to return to the place he loved most: Michigan.