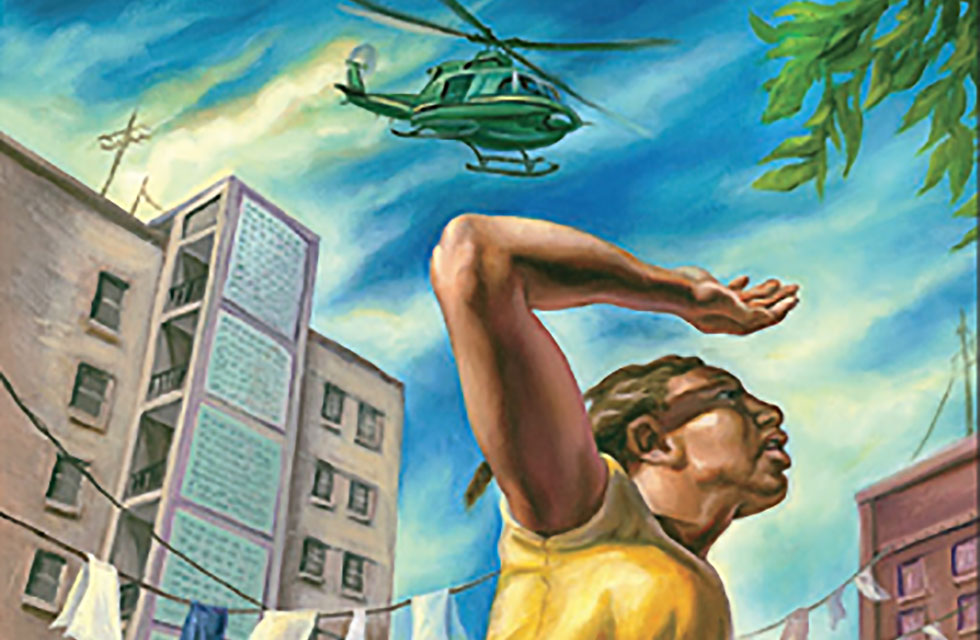 Schwartz took a year-old story about the 2010 extradition of Jamaican drug lord Christopher Coke, and re-reported the facts of the shooting assault on a neighborhood which was believed to be Coke’s hiding place. Schwartz showed that most of the 74 people killed in the Tivoli Garden area were civilians, and were murdered by Jamaican security forces after the shooting stopped. He also revealed the existence of video footage shot from a surveillance aircraft during the attack and passed onto U.S. Department of Homeland Security.