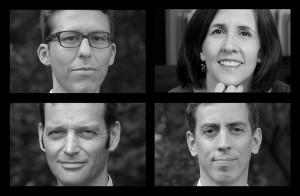 Event is free and open to the public.

Watch the full video of the event.

A panel of Knight-Wallace Fellows and the deputy director for The International Consortium of Investigative Journalists (ICIJ) will share their stories about the biggest data leaks in history, the establishment of global networks for investigative reporters and the seismic impact of collaborative journalism.

It is produced with support from the John S. and James L. Knight Foundation. Michigan Radio is a co-sponsor of the event.

Will Potter, a 2016 Knight-Wallace Fellow and Marsh Professor of Journalism at the University of Michigan, will moderate the discussion.

About the John S. and James L. Knight Foundation
Knight Foundation is a national foundation with strong local roots. We invest in journalism, in the arts, and in the success of cities where brothers John S. and James L. Knight once published newspapers. Our goal is to foster informed and engaged communities, which we believe are essential for a healthy democracy. For more, visit knightfoundation.org.