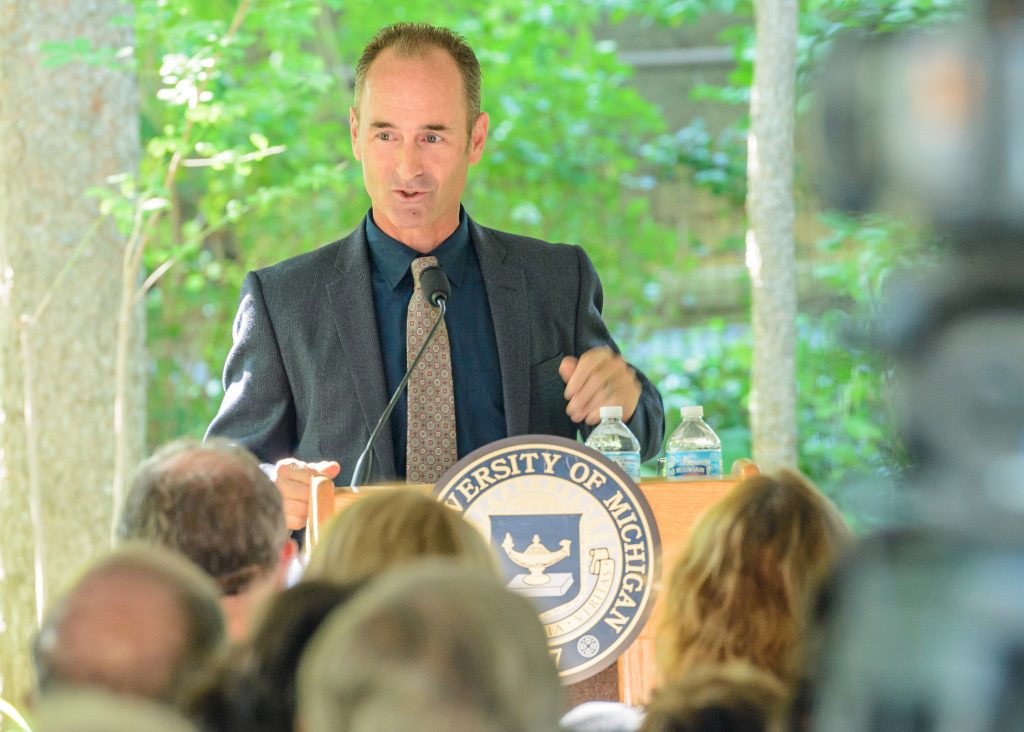 The annual Graham Hovey Lecture honors a Knight-Wallace journalist whose career exemplifies the benefits of a fellowship at the University of Michigan and whose ensuing work is at the forefront of national conversation.

Jason Beaubien, global health and development correspondent for NPR and Knight-Wallace alum, returned to Wallace House in September 2015 to deliver the 30th Graham Hovey Lecture. Drawing from his reporting on HIV/AIDS, MERS, SARS and the 2014 Ebola outbreak in West Africa, Beaubien examined the rapid spread of disease in a globalized economy, anticipated the coming of an ambitious virus that “transmits easily, bides its time and its host before making that host sick, and manages to spread all over the world,” then asked if the world was ready for the next pandemic.

From our archives is his talk “Planes and Pestilence: Emerging Epidemics in a Globalized World.”

Jason Beaubien is the global health and development correspondent for NPR, where he was part of a team of reporters that won a Peabody Award in 2015 for their extensive coverage of the West Africa Ebola outbreak. He reports on a range of health issues across the globe. He’s covered the plight of Rohingya refugees in Bangladesh, mass cataract surgeries in Ethiopia, abortion in El Salvador, poisonous gold mines in Nigeria, drug-resistant malaria in Myanmar and tuberculosis in Tajikistan.

Prior to becoming NPR’s global health and development correspondent in 2012, Beaubien spent four years based in Mexico City covering Mexico, Central America and the Caribbean. He served as a foreign correspondent in Sub-Saharan Africa from 2002 to 2006 visiting 27 countries on the continent. Beaubien was one of the first journalists to report on the mass exodus of people out of Sudan’s Darfur region into Chad.

Beaubien earned a B.A. in English from San Francisco State University. As a Knight-Wallace Fellow at Michigan (2006-2007), he studied the intersection of the First and Third World.

About the Graham Hovey Lecture