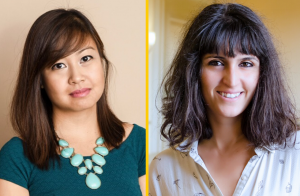 In 2018, journalist Davey Alba traveled to the Philippines to investigate Facebook’s breakneck proliferation in that country and President Rodrigo Duterte’s rise to power. She revealed how the politician’s incendiary style aligned perfectly with the tech company’s algorithms that reward entertaining, inflammatory content. From maligning opponents to espousing hardline policies to combat the drug trade, Duterte’s operatives created memes, propaganda and egregious libel that flourished on Facebook. Join Alba and Ceren Budak, associate professor, University of Michigan, for an examination of how demagogic political campaigns worldwide have weaponized the social media platform.

Davey Alba is a reporter for The New York Times covering technology. Prior to joining the Times, she was a senior reporter at BuzzFeed News. She has been a staff writer at Wired and an editor at Popular Mechanics. Alba grew up in the Philippines and holds a B.A. degree from De La Salle University in Manila and an M.A. in science journalism from the Columbia University Graduate School of Journalism. She received the 2019 Livingston Award for international reporting for her BuzzFeed investigation  “How Duterte Used Facebook to Fuel the Philippine Drug War“.

Molly Kleinman is the program manager of the Science, Technology, and Public Policy program at the Gerald R. Ford School of Public Policy. She studies higher education policy, access to information, and faculty experiences with technology. Kleinman received a Ph.D. in higher education policy from the University of Michigan Center for the Study of Higher and Postsecondary Education, a M.S. degree in information from the University of Michigan School of Information, and a B.A. degree in English and gender studies from Bryn Mawr College.

This Livingston Lecture event is co-sponsored by the Gerald R. Ford School of Public Policy and the Science, Technology and Public Policy Program.