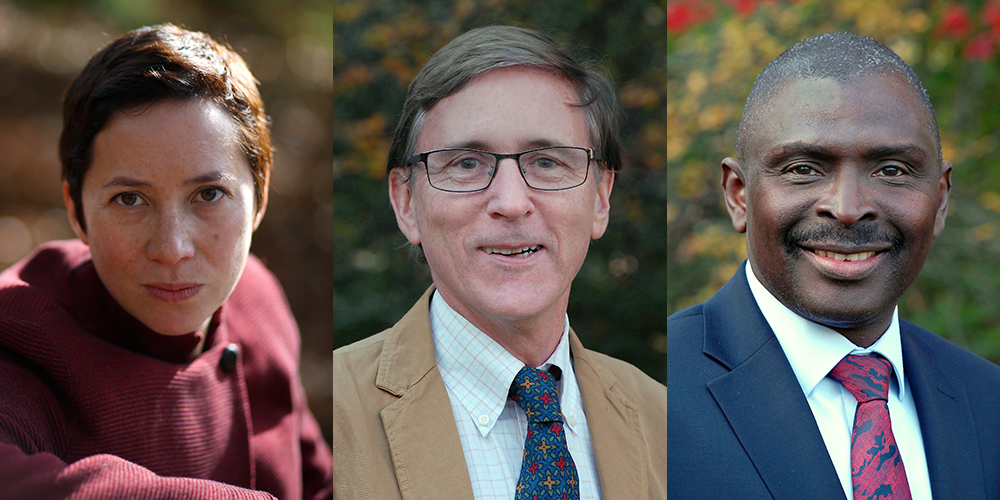 Watch the discussion
Have a question about the topic? Tweet using #WallaceHouse.

On stage with the foreign correspondents of Wallace House
China’s move to change the constitution, allowing President Xi Jinping to remain in power, could have a major impact on its global influence. A panel of Knight-Wallace international journalists examines China’s growing clout and how this power is being deployed around the world, with implications for media, academia and the entertainment industry. Is Beijing already influencing what we read and watch or are fears of its influence overblown?

About the Speakers
Dayo Aiyetan is a 2018 Knight-Wallace Fellow,  investigative reporter and founder and executive director of the International Center for Investigative Reporting, a nonprofit news agency in Abuja, Nigeria. In this role, he has trained more than 100 reporters, aiming to promote a culture of data-driven accountability journalism in Nigeria.

Louisa Lim is a 2014 Knight-Wallace Fellow and the author of “The People’s Republic of Amnesia; Tiananmen Revisited.” She reported from China for a decade for NPR and the BBC. She is now a senior lecturer in Audio Visual Journalism at the University of Melbourne and the co-host of the “Little Red Podcast,” a monthly podcast focusing on China beyond the Beijing beltway.

Mark Magnier is a 2018 Knight-Wallace Fellow and the Beijing-based China economics editor for The Wall Street Journal, where he oversees coverage of the world’s second-largest economy and its seismic impact on Chinese society and the rest of the world. Previously, he served as bureau chief in New Delhi, Beijing and Tokyo for the Los Angeles Times.

About the Moderator
Mary Gallagher is a professor of political science at the University of Michigan, where she is also the director of the Center for Chinese Studies, and a faculty associate at the Center for Comparative Political Studies at the Institute for Social Research. Her research areas are Chinese politics, comparative politics of transitional and developing states, and law and society.

For questions about the event email: WallaceHouseEvents@umich.edu

This event is produced with support from the John S. and James L. Knight Foundation. Michigan Radio is a co-sponsor of the event.